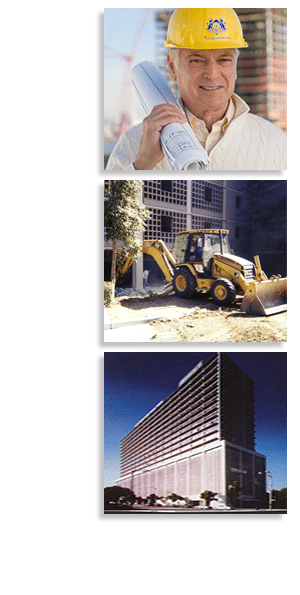 Our commercial construction company headquarter in Irvine, California –  has served the industry since 1986. Instead of jumping right into each project, we take the time to sit down and talk to each client in an effort to understand exactly what they’re wanting. We’ll evaluate, assemble and lead a team of construction professionals to meet your project’s unique needs. Our project managers, job superintendents and subcontractors work closely with one another, and with you, to balance even the most complex designs, schedules and budgets.

The demands of today’s dynamic marketplace create ever-evolving facility needs: expansions, relocations, tenant improvements and new facilities. Ritz Construction’s project delivery services provide the one-source solution to meet these needs from project conception through project delivery – allowing our clients to focus on their own businesses in the process.

At the Ritz Companies, we believe that you only have one chance to get things done the right way, so we make sure that we have all of the information that we need. You’ll benefit from our in-depth experience locating and evaluating sites, creating budgets and timelines, and carrying out complex construction and management tasks.

We also add our expert knowledge and experience into each design, therefore our clients are given the best possible finished product. You’ll find that we strive to deliver innovative, cost-effective results that surpass your expectations. Every step of the way, you can expect from us quality craftsmanship and seamless service,  Always delivered on time and within your budget.

Our commercial sector is not limited to any particular size of project. We build relationships and that alone, allows us to be the person you turn to for all your tenant improvement and commercial construction needs.

Ritz Construction stands out in the field of construction for its commitment to provide its client’s the goal and vision that they desire. Our main ingredient for success is listening to what you want and then delivering that to you in a cost efficient and timely manner. We are your advocate every step of the way. We create a team collaborative team environment among the owner, architect, tenant, and contracting firms in order to attain the best result.

Printzone – Irvine, CA (Tilt Up Commercial)
A 5,000 sq ft office and factory space requiring substantial electrical work to fit the needs of the business. The necessity for the space to be multifunctional was achieved in a visually aesthetic, yet functional manner.

Save A Lot – Barstow CA (Retail)
A 14,000 sq ft chain supermarket project which required managing a large number of trades in order to fulfill the needs of the client, the chain, and the city. This was originally an empty shell that we did extensive work on to create a full force supermarket facility passing all city inspections and requirements.

Kiddie Academy – Irvine, CA (Academics)
A 45,000 sq ft facility, that was originally a commercial factory, which needed to be transformed into an academic environment. We renovated the shell and the entire interior was demolished and remodeled. Due to the nature of the business, it was vital that all the specifications were adhered to strongly.Ampronix –

It’s A Grind –  Los Angeles, CA (Retail/Coffee Shop)
Chain coffee stores with a flare of modernity. Took shell spaces and created stores per specifications that were required by the chain. Therefore, merging the owners needs, the space limitations, and the chain’s requirements to produce the perfect coffee shop.

Love Sac – Riverside, CA (Retail)
A retail facility located in a shopping mall. In a short time span, assisted the client in renovating a small space to fit her current needs and clientele. The mall is owned by the well-known General Growth Properties and therefore preliminary review of qualifications was required in order to be able to even bid on the project.

Construction for the Military
Due to our reputation of high quality workmanship and service, we have been chosen and awarded construction for our United States Military. The multiple projects range from all sizes – each one as important as the next.